Andrea Cooper (Ballet, Tap) – Andrea began dancing at the age of three and hasn’t stopped. She has received training in tap, ballet and jazz. As a dance student she traveled to    Atlantic City each summer to perform in Tony Grant’s Stars of Tomorrow on the Steel Pier. While majoring in textiles and design at the University of Maryland, she continued her dance studies with the University and participated in several variety performances. Upon graduating, and becoming an Air Force wife, she danced and performed with a local performing arts company in Texas. She had the opportunity to assist with the choreography as well as perform in the musical production Brigadoon. After traveling around the United States and Europe, Mrs. Cooper returned to the Washington D.C. area and has resumed her dance studies on a continuing basis, training in both NYC  and Washington D.C.  each summer. In April 2007, she attended the Dance Open Festival in St. Petersburg, Russia.

Heather Oakley (Ballet) – Heather has been studying dance for over 30 years. She has studied with Abigail Francisco, Irena Prochotsky (Washington Ballet Center), Adrienne Dellas (Kirov Academy), and many others. Heather also majored in Ballet with an emphasis on performance at Point Park College in Pittsburgh, PA (Susan Stowe, Nicholas Petrov,   Ron Hutson, and others). She has studied at the College of Southern Maryland pursuing a degree in dance. Heather has performed throughout Maryland, Virginia, and   Pennsylvania in such ballets as Les Sylphides and La Bayadere as a soloist and in The Nutcracker as Snow Queen and Arabian. In 2009, Heather joined the D.A.R.E. after school   program to teach high risk students the joy of dance. She continues to dance and teach throughout the area. 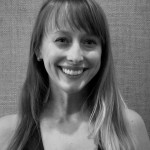 Cati Kingsbury (Fusion Jazz) – Cati started dancing in 1998, taking Brazilian samba/axe classes for fun, before being invited to join a dance show team. As part of the show team, she participated in Dance Festivals throughout South America. She then studied to become a street dance teacher, starting her own dance crew and participating in various local, regional and national tournaments throughout Brazil. Soon after, she began teaching and choregraphing Street Dance in schools in her hometown and helped bring Street Dance as a required class to help teach creativity and movement. In 2014, she traveled to France to represent Brazil in the Just-Debout Competition, performing in commercial campaigns, Brazilian dance shows and had the opportunity to work with the Brazil Ragga Jam team. It was also in 2014 that she was invited to attend the Broadway Dance Center in New York City. Since coming to the United States, she has danced in New York and California before settling in Maryland, where she has been teaching for the past two years.

Rebecca Hulun (Jazz, Musical Theater) – Rebecca started her dance training at the age of 3 with a local studio in Seabrook, Maryland.  At the age of 14, she was accepted into the Visual and Performing Arts Program at Suitland High School.  There, she studied many forms of dance and discovered her enthusiasm for teaching and choreography.  Rebecca then went on to pursue a higher education at George Mason University where she was a BFA dance major.  While in college she was a member of the dance company as well as the award winning Masonettes dance team.  Throughout her dance training Rebecca has studied ballet, tap, jazz, modern, lyrical, hip-hop, Afro-Cuban, and East Indian.

Rebecca has been a dance educator for the past 20 years.  She has won an outstanding number of choreography awards and has received numerous top scores for her choreography on the regional and national level while teaching in Northern Virginia.  While living in New Mexico, Rebecca was the owner and director of DS Dance Academy, a dance program she started at Holloman AFB to give back to children in the military community.  After moving to Sumter, South Carolina Rebecca continued to share her knowledge and love of dance with a local competitive studio, teaching jazz technique classes and preparing students for the stage as well as college auditions.

Rebecca is excited to be back in the Washington DC area and for the opportunity to share her knowledge and passion for dance with a new set of students.

Fiona Green (Contemporary) – Fiona has been studying the performing arts for more than 30 years. She has trained in a variety of disciplines of dance including ballet, jazz, tap, hip hop, contemporary dance, musical theatre and ethnic dance. Fiona grew up studying at studios throughout New Jersey and New York City with choreographers such as Ann Reinking, Wade Robson, David Howard and Ray Leeper. Fiona’s performance credits include dancing for the Neil Young/Crazy Horse Tour, the Jazz Dance America Invitational at Pace University in New York City, Madison Square Garden for the New York City Knicks and for the movie “Step Up 2.” Most recently, she was on faculty at The Washington Ballet, Joy of Motion Dance Center, and Ballet NOVA teaching jazz dance. In 2013, Fiona graduated with her Masters in Integrated Marketing Communications from West Virginia University. Fiona is currently leading brand content marketing for Amazon Advertising  and continues to teach dance in the Washington, D.C. metro area.

Oring (Substitute Teacher – Ballet) – Elena started to dance when she was four years old in the Chelyabinsk Pioneer Palace. When she was ten years old, she began studies at   the Chelyabinsk Opera Academy – where she studied ballet, historic dance, and folk dance for eight years. Elena’s teachers were Sofya Tulubyeva and Svetlana Adyrhaeva from the Leningrad Academy – and other great teachers from the Chelyabinsk Opera Academy. Two of the best dance teachers in the city, Natalya Kartasheva and Igor Kitaev, were her   teachers for folk dance. Elena danced at the Chelyabinsk Opera Academy when she was ten years old in La Bayadere, Sleeping Beauty, and Little Red Riding Hood, and later   danced in The Nutcracker Suite, Glazunov Seasons, and secondary roles in other ballets. After a back injury, Elena began teaching in dance schools and gymnasiums in  Chelyabinsk and Krasnodar. Since coming to the United States in 2012, Elena has been able to resume her teaching career at North Beach School of Dance, teaching character, folk dance and Ballet.

Audrey Schultz (Guest & Substitute Teacher – Ballet, Musical Theater, Jazz, Tap) – Audrey has been dancing for over 20 years and recently graduated from the Ann Lacy School of American Dance and Entertainment with a degree in Dance and Arts Management. While in school, she took courses in teaching, choreography, and tap, jazz, and ballet technique with top-ranked professors. Audrey performed in the annual Home for the Holidays and Broadway Revue shows with the American Spirit Dance Company, as well as served as a Sound Technician, Assistant Stage Manager, and Assistant Company Manager. Other past credits include  Raymonda (Raymonda), Beauty and the Beast (Enchantress), Coppelia (Doll), and Cinderella (Autumn Fairy). Audrey is excited to share her years of training and education with more students as she joins the faculty at the North Beach School of Dance.